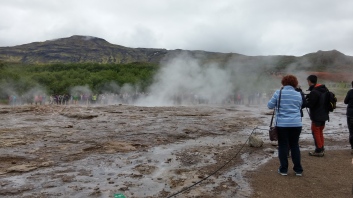 This trip was a rather unexpected one for me, especially after Krakow. My friends know I am not a big fan of the cold, and here we are doing TWO cold destinations one after the other. Anyway, the main culprit is my friend Ivette, whose blog on her trip in a campervan to Iceland set me off on this journey. What happened was that I saw Ivette’s pictures and my jaw dropped. D said “Ok let’s go” and that was it. We soon had a flight booked and I started on the itinerary and the accommodation.

I have to say that this part was way more complicated than your usual 12 day trip somewhere mainly because Iceland, a destination with only 300,000 or so people has very few towns and not many guest houses/ hotels. So you have to book at least 4 months in advance if you plan on going in the summer. We had originally planned to go in May for 12 days, but after a back injury this became end of June, by which time many of my accommodations were unavailable. In Iceland you can drive 200 km without seeing a single house, or gas station (or bathroom!) so you have to bear this in mind when planning. We booked almost exclusively guest houses or air bnbs with shared bathroom and kitchen, which was just fine. Icelanders are extremely fastidious and nearly all the places were spotlessly clean. The other consideration was that we wanted to cook for ourselves, as eating out is horrendously expensive in Iceland.

Usually when I blog a trip I outline cities and sites that we visited, but Iceland being Iceland really the main thing to do is just drive round the Route 1 ring road and just stop wherever you fancy. There are only gorgeous beautiful sites to see, mostly a result of the weird geology of the island. The entire interior is glaciers, and around the road you find a massive array of volcanic features (craters, hot springs and geysers etc) impressive waterfalls and beautiful fjords and scenery. Everywhere you stop is amazing. There are a few must- sees, such as Kerið crater, Gullfoss waterfall and Geysir in Thingvellir National Park, and of course the awesome Jökulsárlón Glacier Lagoon, Diamond Beach. But generally what people do is just drive the ring road either clockwise or anti clockwise, and then book accommodations nearby at sensible distances so you are not constantly driving. 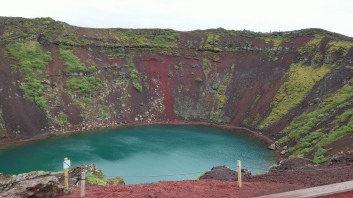 So instead of naming all the places on the itinerary (most of which are unpronounceable anyway) I will just outline the different areas that we saw. Actually one of the best descriptions of Iceland is my great friend Nas Daily’s one, where he says that Iceland is in fact like another planet, and that’s really accurate, and it is because of Iceland’s unique geological features. Some places look like the surface of the moon, or Mars, and sometimes you just feel inundated with waterfalls, snow capped glaciers, fields of bubbling sulphur pools, or weird lava rock formations. It’s all rather overwhelming. Iceland has more weird geological features than anywhere else on the planet. It also has an abundance of sheep, goats, ducks, sea birds, puffins, whales and cute Icelandic horses. What’s not to like? WE drove around the ring road anti clockwise and so we began with

Some people go clockwise, and leave this area for the end. It is really the most touristy and “crowded” area of the country (a term which has little meaning in Iceland) . And some people come in tour groups and ONLY see this area. So you are going to see tour buses congregating along Thingvellir National park ( lakes, geysers and waterfalls), and near Seljalandsfoss, Vik and Reynisfjara Beach,  and especially around  Jökulsárlón Glacier Lagoon. There were myriad groups of Chinese toting very fancy cameras and tripods.But even in June nothing was that crowded. People arrive at a place, stay about 30 minutes or so and move on. Kerið glacial crater is quite lovely. Reynisfjara Beach has remarkable black sand and strange rock formations. OF course if you like you can take a long hike around any of these site. 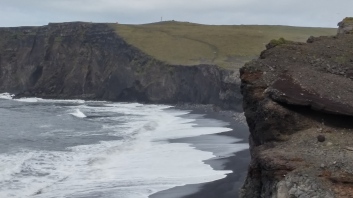 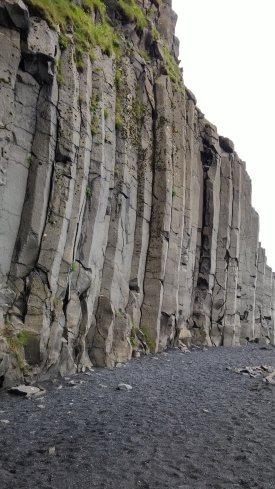 I highly recommend the boat excursion on the Glacier Lagoon because you get to see the  glaciers up close and you experience it in a different way, and even see seals sitting on the ice. 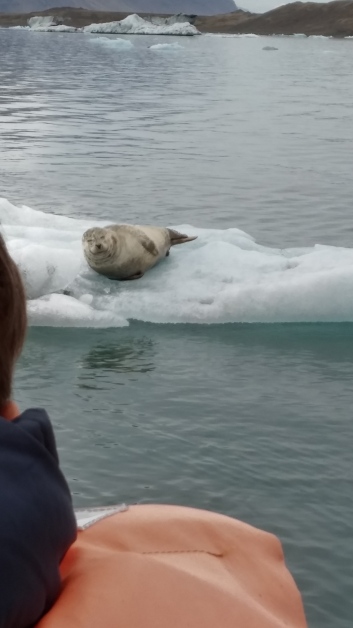 We stayed the night at Kirkjubæjarklaustur (don’t ask me to say that) in a wonderful place called NiceHostel, which had a brilliant Lamb soup with free refill, just what we needed after getting soaked with rain at Seljalandsfoss and Gljúfrabúi waterfalls. After the Glacier Lagoon trip we continued on to stay at Hofn, a lovely little fishing town which would be our last stop along the South Coast.