Things I loved about Australia:

Friendliest and most open people in the world -Amazing scenery –  Ease of getting about -Clean and convenient ( never had to wait for a bathroom!)- the noise the traffic lights make (kind of like the spaceship doors on Star Trek) Cosmopolitan – you can get lots of different kinds of food like Thai, Vietnamese, Chinese and Indian in the cities – Everything is safe- trails are clearly labelled, information is freely available, nothing is mysterious or confusing

Prices- Everything is ridiculously expensive :The package tourist trips are ridiculously priced.  ( unlike Mexico for example)  Transportation is also not cheap  You can’t eat out cheaply like in Asia    Local  is not so healthy (everything seemed to be fried/ hamburgers – we missed a good Israeli salad and fresh fruits)  There are Chinese EVERYWHERE (more than we saw in China?)    I couldn’t get Uber to work (ok,not Oz’ fault)

We have just returned from what had seemed to be the “dream trip” for many people, and in many ways it was miraculous, and marvelous. and was certainly different from many other trips we have done. For a start it took us to the furthest eastern and southern point on the globe we have ever been, and was the longest flight we have done. It took over 24 hours, with one flight from Tel Aviv to Hong Kong and the second from Hong Kong to Melbourne (with a return from Cairns through the amazing Cathay Pacific).

Having said that, I was not expecting Australia to be “exotic” or “alien” in the same way that our Asian trips have been. The culture in Australia is so familiar, that for the first few days in Melbourne it felt like England- the sky and fields of Victoria looked like England, the houses in the city looked English and the roads and signage were the same. There were pubs called “Sherlock Holmes” and “The Charles Dickens” and of course many of the citizens are of British or Irish descent. WE could read everything written and understand everything said to us. So coming to Australia was physically but not culturally far.

I will divide the blog into sections, because of course a trip of 6 weeks is going to make for a very long blog post. So first, to Melbourne.

Part One Melbourne  and Sydney ( and a bit further north!)

WE spent 6 days in Melbourne. The first day we arrived at night and the next day we spent having brunch with family, and that was really great. They gave us a few pointers about what to see around town. So we began by walking along the Southbank (a bit like the London South Bank) cultural area and this was indeed the part of Melbourne we enjoyed the most. It has a lovely walk along the river, with cafes and restaurants, and some cool statues. I didn’t think much of Federation Square, which was not as lively as I was expecting. Neither did I find the alleyways with the graffiti in Hosier Lane that impressive- the ones in Mexico were far more colourful and artistic. We did enjoy the colonial architecture of the buildings, the Victorian shopping arcades,  the fascinating Immigration Museum and thoroughly enjoyed the Old Melbourne Gaol House  experience, during which you go  through what a prisoner in Victorian times would have felt on being admitted to the Jail – it was fantastic, and the lady sergeant who “processed” us was deliciously scary.

But the highlight of Victoria  for me was driving the Great Ocean Road. We rented a car and set off from Melbourne, staying overnight at a lovely Edwardian farmhouse (Butterfly Farm in Nirranda) , and driving back the next evening. I had read that many people do a day trip to see this amazing coastline, but since we will most probably never go back to Australia, I wanted to savour it slowly and stop off wherever we wanted. This turned out to be a good move, because, despite the freezing cold and Antarctic winds (no exaggeration) this part of the trip was quite unforgettable. We stopped at many points to admire the views, and the next day after our stay at the farmhouse, we followed our host Karen’s suggestion and stopped at some less well known lookout points as well. The views are quite incredible, and the buffeting wind somehow made the whole thing even more memorable. Karen pointed out (over full “Australian” – read English) breakfast that although everyone has heard of the 12 Apotles, few people stop at the Bay of Martyrs, which has even better views and is much less touristy. She even gave us a handy map and pointed out her recommended viewpoints.

On returning to Melbourne, we enjoyed the free circle tram that tours the downtown area and allows you to get on and off at points of interest. We checked out Queen Victoria market (which I found rather tedious) and the Parliament buildings (closed even though the website said it would be open). We did enjoy a lovely bowl of Pho (lots of great Vietnamese cuisine around), a stroll through Melbourne’s Chinatown (mostly just restaurants- although there is a small museum we didn’t go into) and the South Melbourne Market. And then we boarded our Jetstar flight to Sydney.

We had high hopes of iconic Sydney and were not disappointed. For a start it was a whole lot warmer than Melbourne. From our air bnb apartment we got  a bus downtown  (our friendly Airbnb host Norman, born in the UK,  gave us a travel card ) and in about 15 minutes we were at the iconic Sydney harbour, with its stunning Opera House and famed bridge. These were no less impressive “in the flesh” than in all those pictures you have seen on TV when the New Years’ Eve fireworks go off. In fact the whole area was buzzing with activity and we felt we could have happily walked around there every day of our stay. There was lots of people- watching to be done, with street musicians, and mime artists, and myriad tourists from all over all taking selfies in front of the Bridge. But there was lots more to see in Sydney. WE explored possible boat tours and decided to take one the next day to Manly beach, which was a fantastic choice. Manly is a short boat ride from the Harbour and a lovely place to stroll and chill out. When we got there, a Chinese couple was having their wedding ceremony and lots of people  were strolling up and down the beach admiring the view. But then we saw a huge crowd of people and it turned out that a baby great white shark had washed up on the beach that morning and had been rescued and put in a tank to recuperate before being released later. It was even featured on the evening news when we got back to the apartment!

At the recommendation of a friend (thanks, Arnold) we strolled around The Rocks, a historic reconstructed area of Sydney which was a fascinating peek into the history of the city in the 18th century. We also loved Stanley Fish Market, which was teeming with Chinese buying all their favourite seafood and eating it on tables opposite Darling Harbour. WE took a bus out to Bondi Beach, which was a bit of a letdown to me as we had already seen some amazing beaches, and I didn’t see Bondi being much more impressive, but maybe that’s because it is principally a surfers’ beach.

View of the Harbour from the Manly Ferry

We also enjoyed many other places around Sydney- for example the amazing Hyde Park Barracks museum, which shows how the first convicts arriving in the colony lived and worked and gives a chilling recreation of what life must have been like for the first Australians. It is well worth a visit. It was relaxing to stroll around  Hyde Park itself, and sit and eat a sandwich before seeing the moving Anzac Memorial and its eternal flame burning. There is plenty  of striking architecture around the city, such as the 19th century Queen Victoria Building, the Art Gallery of New South Wales and the Australian Museum. And Sydney certainly has  a great vibe to it, with lots of great restaurants and coffee places and different suburbs to explore. And of course there is the Royal Botanic Gardens which we only saw briefly, and Centennial Park which we didn’t see at all. We lived in an area called Redfern which had lovely terraced houses with wooden balconies, and tree lined streets. It has funky little restaurants and was pleasant to walk around. 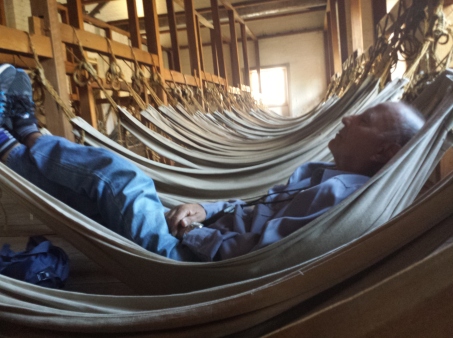 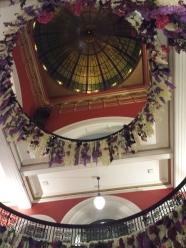 After a wonderful week in Sydney it was time to pick up our rented car and drive gradually up to Brisbane. Although various Australians had assured us this could be done in a day or two, since our purpose was to see the country we allocated a week for this trip of over 900 km, covering a lovely part of the Central Coast. We planned to stop off at Newcastle, Port Macquairie, Coffs Harbour and Yamba. It was hard to pick where to stop, and I wanted to do more than one night in a couple of places, so as to have time to relax. I was pretty happy with those choices, and of course there are loads more lovely places you could pick. Perhaps we could have gone more inland, but didn’t want to have too much driving to do.  We saw lots of amazing beaches as we travelled north, and it’s hard to remember which one is which, but we did particularly enjoy Yamba as it was a quiet little place with very clean, deserted beaches. WE did not enjoy Coffs Harbour that much, since it was far more commercial and family orientated, and the Harbour area seemed to me to be rather tacky (Big Banana). Also the over hyped Byron Bay was so crowded we couldn’t find parking and so were unable to stop and look at the view. There were so many gorgeous beaches between Sydney and Brisbane it’s hard to pick a favourite.

On the way we stopped at a couple of interesting sites. For example Blackbutt Nature Reserve which was a fabulous morning walk in nature (near to Newcastle) where we saw emu, kangaroos, wallabies and others, and the Koala Hospital near Port Macquairie. This place was amazing because before you actually go round the hospital you get to see Roto House, which is a historic site that has been lovingly restored and preserved. Built in 1890 it was the home of John and Jessie Flynn and their 6 children, a local family who contributed greatly to the community. You can have a free guided tour of the house and learn about the history of the place. The house itself is gorgeous. 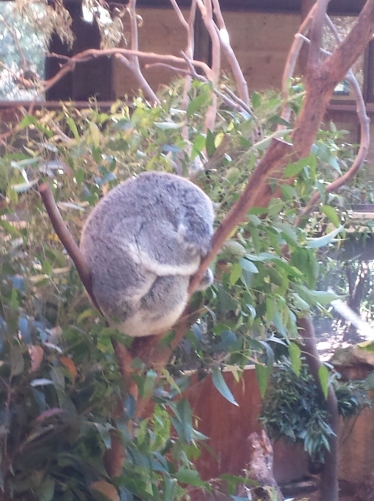 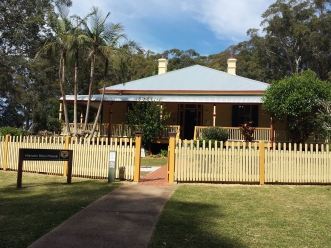 And so we left Port Macquairie and continued on our way.

3 thoughts on “Six weeks Down Under- from Melbourne to Cairns”